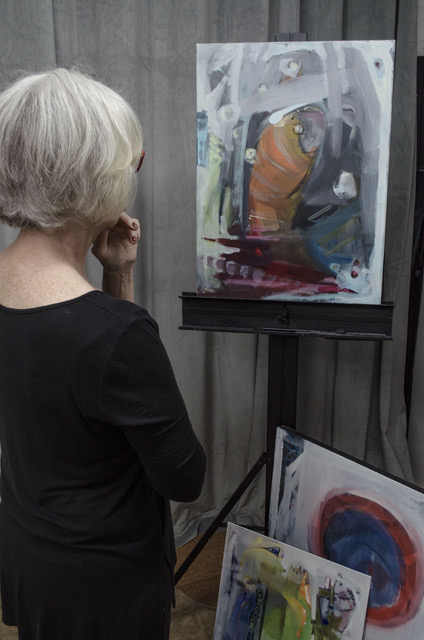 Ms. Kent received an AA in Music from Centenary College for Women in 1968, and relocated to NYC shortly thereafter. Many years later, in 2006, she became passionately interested in art, and attending Rhode Island School of Design, graduating in 2010 with two Certificates (Surface Design; and Drawing and Painting).  Since that time her work has garnered her 3 solo exhibitions; two in Providence (Reliable Gold Ltd) and most recently at Bank of RI. In January of 2022 her most recent body of work, “Reverence and Wonder” will be featured in a solo exhibit at Dryden Gallery (RI). Ms. Kent’s paintings have been included in both national and international exhibitions, including twice at the Newport Art Museum (RI)

The artist participated in 2019 as Artist-in-Residence at both the Vermont Studio Center, as well as the Golden Apple Art Residence Program (ME), having been awarded stipends in both programs.

In addition to her daily studio work, Ms. Kent regularly teaches art to children in urban sectors, such as the Boys and Girls Club of Pawtucket.